Chinook fishing on Nehalem Bay slowed a little this week but was still fair. With the recent rains fish have probably started moving upriver, but there should still be fresh fish coming in as well. The wild Chinook bag limit expanded to 2 per day on Sept. 16 (north coast aggregate bag limit for wild Chinook still applies).

Hatchery coho are being caught in the bay as well, and in the North Fork Nehalem. The hatchery has gotten good numbers back to their trap. There is no retention of wild coho salmon allowed in Nehalem Bay or river this year, and there are a lot of them being encountered; anglers are reminded to know their salmon identification and release wild coho safely.

Most of the early returning Chinook “summer run” have moved upstream of the fishery and are on the spawning grounds now. With the recent rains, however, there should be some salmon moving into the main river. In addition, hatchery coho have started returning to the North Fork. 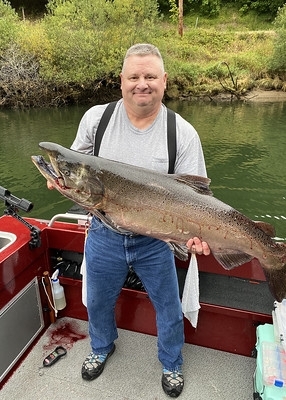